Dresden Frauenkirche is a Lutheran church in Dresden, Germany. The prior church was Roman Catholic until the point that it became a Protestant, amid the protestant reformation. The building was supplanted in the eighteenth century by a bigger Baroque Lutheran building. It is viewed as a remarkable fact of Protestant consecrated design, highlighting one of the biggest domes in Europe.

Established in the eighteenth century, the church was ruined in the bombardment of Dresden amid World War II. The rest of the remnants were left as a war commemoration, following choices of East German leaders. The church was rebuilt after the reunification of Germany, beginning in 1994. The remaking of its outside was finished in 2004, and the inside in 2005. The church was reconsecrated on 30 October 2005. The encompassing Neumarkt square with its numerous significant florid structures was additionally remade in 2004. 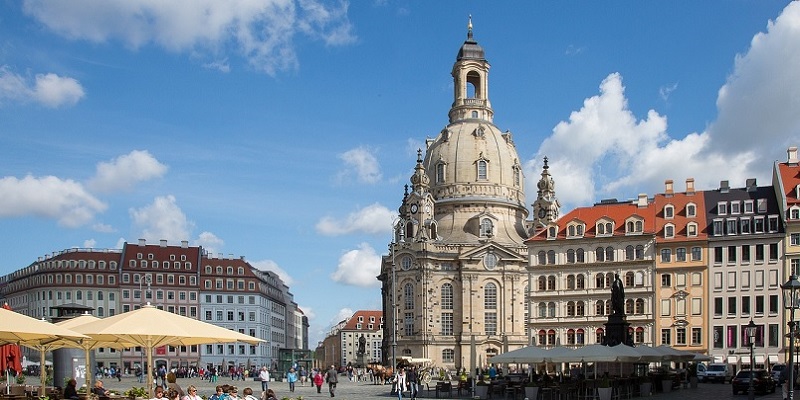 The Zwinger was a royal residence in Dresden, Germany, built in a Baroque style.

The Zwinger was once part of the Dresden stronghold of which the external divider is moderated. The name was obtained from the German word Zwinger (an encased ground before a manor or city entryway). 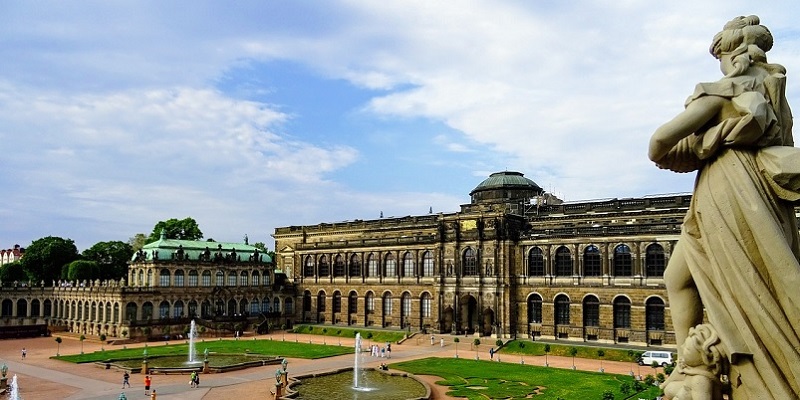 The opera house was initially built by architec Gottfried Semper in 1841. After an overwhelming flame in 1869, the building was modified, again by Semper, and was finished in 1878. 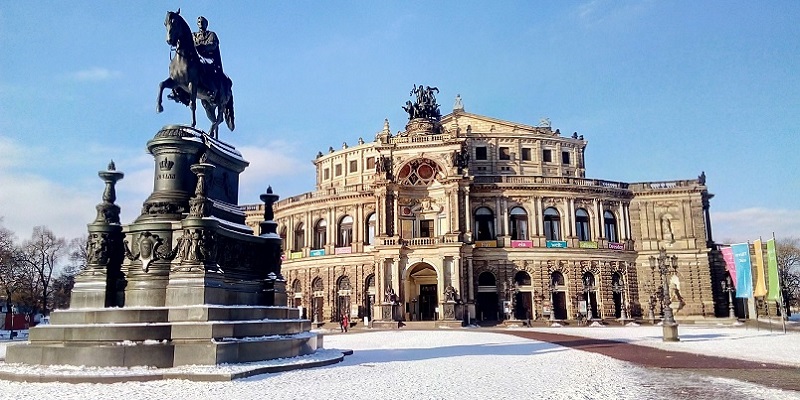 Brühl's Terrace is a memorable terrace in Dresden, Germany. Nicknamed "The Balcony of Europe", the patio extends high over the shore of the waterway Elbe. Brühl's Terrace is one of the most loved city spots for locals and sightseers alike. 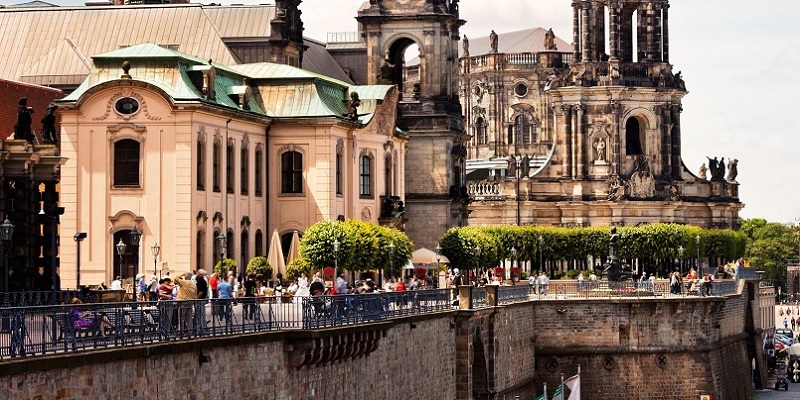 The Fürstenzug (English: Procession of Princes) in Dresden, Germany, is a large mural of a mounted procession of the rulers of Saxony. It was originally painted between 1871 and 1876 to celebrate the 800th anniversary of the Wettin Dynasty, Saxony's ruling family. In order to make the work weatherproof, it was replaced with approximately 23,000 Meissen porcelain tiles between 1904 and 1907. With a length of 102 metres (335 ft), it is known as the largest porcelain artwork in the world. The mural displays the ancestral portraits of the 35 margraves, electors, dukes and kings of the House of Wettin between 1127 and 1904. 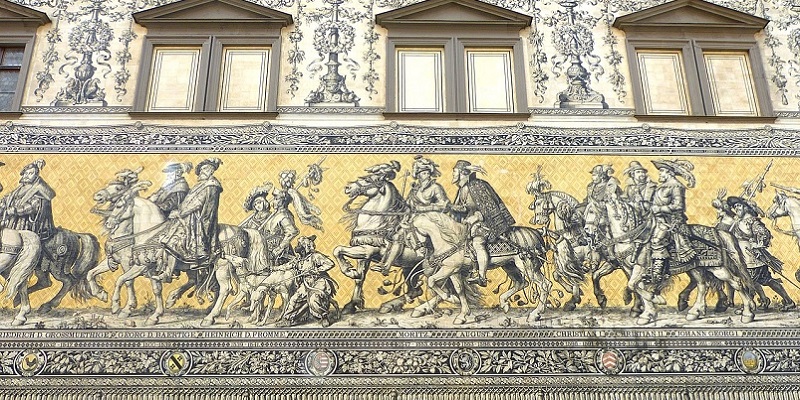 Dresden Cathedral, or the Cathedral of the Holy Trinity, Dresden. Beforehand, the Catholic Church of the Royal Court of Saxony.

The Cathedral was badly damaged, during the bombardment of Dresden in WW2. It was initially restored during the mid-1980s by the East German government. The Cathedral reconstructed in the early 21th Century, following Germany reunification. 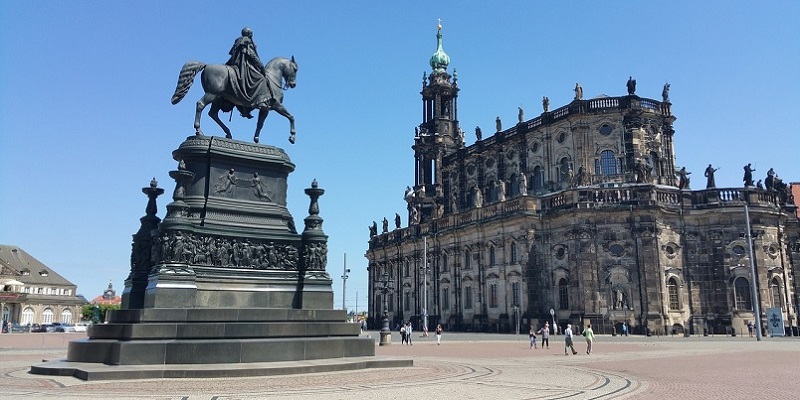 The Gemäldegalerie Alte Meister (Old Masters Gallery) in Dresden, Germany, present around 750 works of art from the fifteenth to the eighteenth hundredss. It incorporates significant Italian Renaissance, Dutch and Flemish artistic creations. Remarkable works by German, French and Spanish painters of the period are additionally among the exhibition's attractions.

The Old Masters is a part of the Dresden State Art Collections. The accumulation is situated in the Semper Gallery, the exhibition wing of the Zwinger. 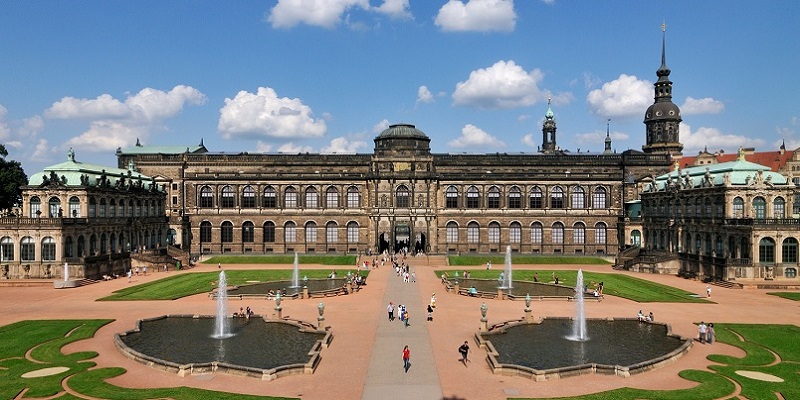 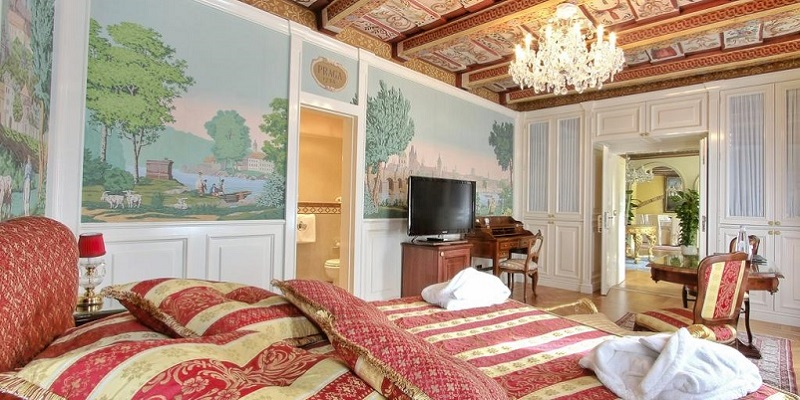